May 23, 2018 by Jason S. in Best Portable Dry Herb Vaporizers 2020, Vaporizer Reviews with No Comments

The Boundless CFC portable vaporizer is one of the most affordable dry herb vapes on the market today. Even though its price tag is under $140 CND, it still comes with a lot of the same features you’d expect from high-end devices: like a large, digital temperature/ battery life display, and a sleek design. Is the CFC the vaporizer for you? Read on to find out more.

Battery on the Boundless CFC

The CFC has a rechargeable 1900mAh battery that fully charges very quickly. Using impressive charge technology, the manufacturers have reduced charge times to less than two hours. The battery life is very solid as well, lasting about an hour of continuous usage – between 7 and 10 sessions, depending on how you like to vape. Perhaps the only knock on the CFC’s battery is that it is built-in to the device, and therefore is not removable or interchangeable. This could present some problems if you experience any issues with the battery after the warranty expires. At any rate, the CFC’s internal battery performs at a high level comparable to many expensive vapes that cost three times as much.

The “C: in the Boundless CFC is for compact, and the unit definitely lives up to the name. This device weighs 76 grams, and its dimensions clock in at 2 x 2.75 x 6 inches. You could probably fit two, maybe even three CFC’s in the palm of your hand comfortably. This unit uses conduction heating. The Boundless CFC also has an extremely fast heat up time of only 30 seconds, making it an ideal choice for those looking for discreet, quick tokes on the go. The range of temperature on the CFC is great, at 60° C and 230° C.

To use the CFC, you just take off the top and load up your dry herbs. We always recommend grinding your herbs as finely as possible, which usually ensures even heating and the best taste. Be sure to not pack the chamber too tightly, as this can cause a clog that will prevent airflow and greatly reduce the density of your vapor hits. After it’s packed, just pick your temperature with the simple up and down buttons on the device. This unit has an auto-shut off feature that powers down the unit for a full five minutes until it can be used again. This might be confusing and frustrating to some users that don’t know.

Vapor Quality of the Boundless CFC

The unit is made almost entirely from plastic, except for the ceramic bowl. Despite this, the common consensus amongst CFC owners is that the unit gives great flavor quality and nice, thick clouds. The unit heats up low and slow, unlike most other units that use conduction heating – blasting the herbs for the first few solid hits, but tasting like charred herbs after that. This is not the case for the majority of sessions when using the CFC, as long as you’ve packed the unit properly and thoroughly clean it with regularity.

What Comes With the Boundless CFC?

This unit doesn’t come with a ton of accessories out of the box, but it doesn’t have to. Every CFC portable vaporizer comes with the unit itself, a USB charger, a cleaning brush and a user’s manual. That is enough to use and maintain your CFC. When you buy one of these units, you’ll also get a respectable 3-year warranty along with it.

• Excellent vapor quality, especially for a unit of this price and affordability.
• Compact, discreet and highly portable. You could probably fit three of these in the palm of your hand.
• Usually takes less than two hours to fully charge, and lasts for up to an hour of continuous usage.
• The Boundless CFC has an extremely fast heat up time of only 30 seconds.
• With a price-tag of under $140 CND, the Boundless CFC is one of the most affordable dry herb portable vaporizers money can buy.

• The Boundless CFC is made almost entirely of plastic, which might turn some people off, but the plastic is pretty durable.
• After only a few hits, around the mouthpiece of the CFC does tend to get quite hot. Unknowing or inexperienced vape users might run the risk of burning their mouths on the device if used incorrectly.
• The mouthpiece on this device can be fragile and flimsy and can come off by accident during transport.
• The five-minute auto shutoff feature can be confusing to people who don’t know about it, making them wonder if the unit is malfunctioning.
• Even though the battery on this unit is rechargeable, it is built-in, and therefore not replaceable. Should the battery malfunction for whatever reason after the three-year warranty, you might encounter some problems.

Even though there are complaints about the mouthpiece and the internal battery, the Boundless CFC is still an extremely solid choice for newbies that are looking for a quick entry into the world of portable vaporizers. The CFC also makes a great back up to the main vape of more experienced users. The ergonomic, compact design makes this unit one of the most discreet dry herb options available to consumers at this time.

Do you own a Boundless CFC, or know someone who does? Is it the best portable vaporizer available? If not, what do you think is the best? Let us know in the comments. 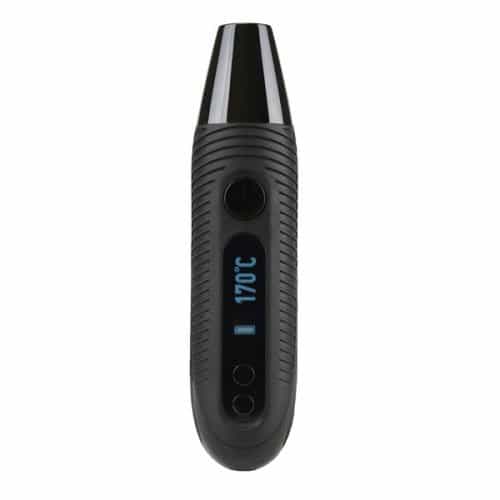 Dynavap has just released pre-orders for their new vape, and so we do a 2020 Dynavap M preview so...

We have been pretty impressed with the devices we’ve seen from Healthy Rips vapes, most notably...

Flowermate has put out a lot of solid products throughout the years and they’ve been pretty...

Utillian has been putting out a lot devices lately with the Utillian 722 being their latest and...

With 2020 right around the corner, we figure we’d compile a list of the best dry herb vaporizers...

Maybe you live in a place where the legality of our favorite flower isn’t on your side, or maybe...
Scroll to top