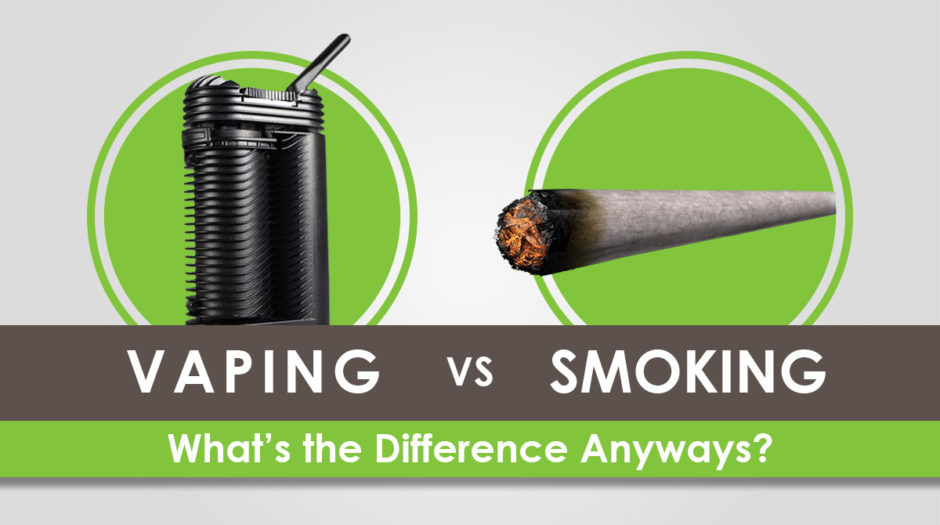 Vaping weed has grown hugely lately – why and what are the benefits of vaping vs smoking weed? We go over the main reasons why vaping is better (or different) than smoking weed, and why it might be a good idea to start! We’re admittedly biased, but for good reason!

Check out our favorite reasons and honest comparison of vaping vs smoking! We go over the health implications, financial cost, and other aspects which separate vaping from smoking. See what we have to say down below!

Smoking exposes the lungs to a whole variety or carcinogens and by-products of combustion such as Benzene, Carbon Monoxide, and tar build-up. While there’s no proven cancer risk, it’s impossible to deny that smoking is definitely not good for the lungs. Vaping on the other hand isn’t met with those same health and safety concerns.

From personal experience – with over 5 years of vaping cannabis behind me – I’ve never noticed any negative effect on my lungs. For reference, I run marathons and aim to run a triathalon soon! Smoking is a no no while vaping in my eyes is a go!

Even some vaporizers like the Storz & Bickel Mighty are medically approved for use, certified to be safe from off-gassing and any other harmful compounds. People who went from smoking to vaping have raved about their lungs and overall health, and we figure this is the biggest and best reason to switch from smoking weed to vaping. Definitely a win for the vaporization of herb in this comparison!

Ahh, the strong scent of sour skunk. We love it, but also know it’s a double edged blade. While to stoners the smell is nothing but joy, a lot of places still have cannabis listed as illegal. There are plenty of situations where you won’t want to show up, reeking of reefer; Thanksgiving dinner, the movie theatres, or around your extended (or close) family.

Thankfully, vaporizing weed smells much less than smoked weed. Don’t get me wrong, vaping herb will still put out a significant amount of smell, however it’d be a fraction compared to smoking it. In fact, it should air out of an open window within around 15 minutes and walking around the street won’t be an issue at all since it’ll disappear rather quickly.

Rolling a joint and lighting it up is quite conspicuous and noticeable as well, while carrying around an e-cig shaped device and puffing on it is dismissible to the common eye.

Most portable dry herb vapes are built with discretion in mind and even get very small like the Pax 3 and Grasshopper vape. If being discreet on scent is a priority for you, consider a full convection herb vaporizer like the Vivant vLeaf Go. Vaping weed vs smoking it? Definite win in the vaping category here.

Nicer for your Wealth?

Doesn’t vaping cost more? Well, yes, initially. Of course you’ll have to buy a device and they can range from around $50 all the way up to $700 and more! No worries, a very good device can be had between $100-$200, and we view it as an investment – it’ll pay off in no time.

Vaping uses roughly 66% less weed than smoking does. In fact, only 10% of smoke contains cannabinoids, where vapor is almost purely cannabinoids! This is because when you combust weed, THC gets lost due to the very high heat. This destroys our precious cannabinoids, which get wasted. To get the same level of high, you’ll use roughly 1/3rd the weed you used to! This means 3 grams lasts as long as 10 would, if you have the self-control!

Long term, you can easily save hundreds or even thousands from vaping. A personal experience goes like this; myself and three friends, all with portable weed vapes, had a whole summer of shenanigans and stoning. We used a grand total of 13 grams, combined. That’s around 130 sessions of getting baked. We would’ve used ~39 grams of herb if we were smoking instead. You can do the maths to see how much $ that translates to

You can also save the herb after it has been vaped to make ABV or AVB (semantics). This already-vaped bud is actually decarboxylated weed, still with active compounds inside. Save a gram of this, put a tablespoon in milk, yogurt, or on toast, and fly to space with an easy weed edible! Be careful – this stuff can get seriously strong! Certainly an easy win for the vaping weed camp in this aspect.

Vaping vs smoking: flavor and effects

Smoking vs vaping actually does produce different effects. Some will always prefer the high from smoking, however some (like myself) way prefer vaping. Here’s why;

Depending on the temperature you vape at, you’ll get different effects. Low temperatures (160-180°C) will give you great flavor and a gentle head high, which allows you to remain functional and energized throughout the day.

High temperatures of 200-210°C will produce a more heavy body high, and couch-locked effect. This is more reminiscent of the high from smoking and better left for the evening or when you have nothing to do. The flavor will probably be darker/spicier, and maybe even taste like roasted popcorn, depending on the vape that you use.

Smoking doesn’t really allow for any temperature control, so you’re a bit limited in the effects that you can get. While this isn’t a bad thing by any means, we much prefer being able to control the effects, flavor, and experience that we can get. Some people like to vape one session at low temperature, and then have a session at high temperature later on – two sessions from one bowl!

The vibe of vaping vs smoking weed.

Alright, this is a tough one. We all have come to know and love the act of rolling a joint, sparking it up, and passing it around. Puff puff, pass. Honestly, it’s not as fun passing around most herb vapes, however there are a few exceptions. Desktop vapes with big bowls can rip and passed around with a whip, like the Arizer Exteme Q and Volcano Hybrid. High-end performers like the Storz & Bickel Crafty+ and Utillian 722 also excel in this category!

Artisanal handmade vapes like the Sticky Brick, Dynavap, and Tubo Evic bring a special level of charm to the table, and most vapes paired with a bubbler are an awesome combination. Weed vapor bong hits are definitely something to experience and great fun!

Replicating the experience and ritual and smoking is definitely a hard one and we will admit that smoking takes the win here, however you may come to love the ritual of vaping as well, just as we do.

Both smoking weed and vaping have their own distinct vibe and advantages. However, vaping has far more advantages than smoking in the long run. Call us biased, but saving hundreds, preserving our health, and being far stealthier are our favorite aspects of it. Health, wealth, and stealth we say!

When you can really distinctly taste the differences of Lemon Haze and Tangerine Dream, then we’re sure you’ll be convinced too! Check out our page to the best dry herb vapes around if you’re keen on getting started. 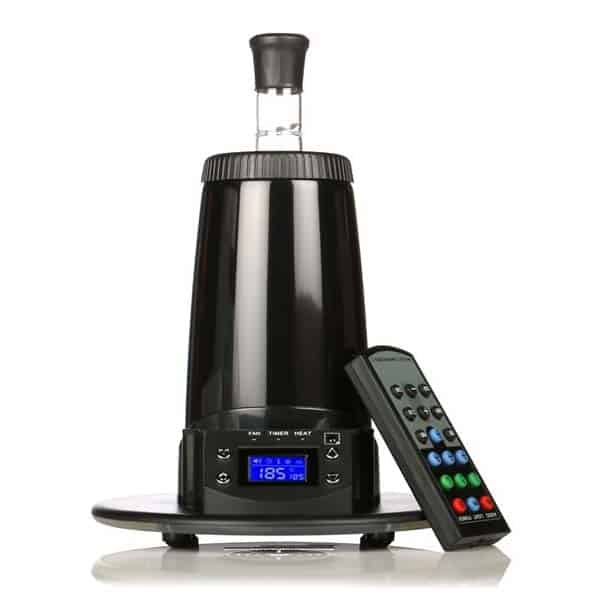 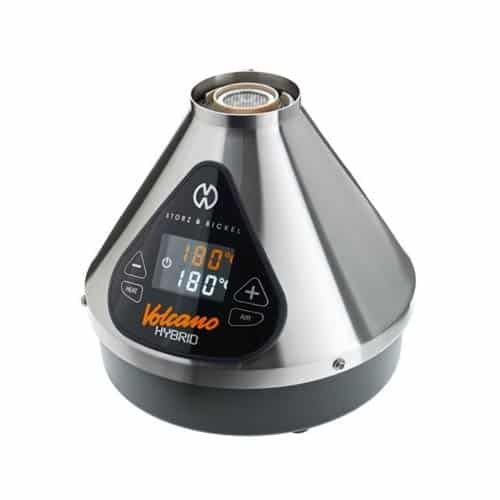 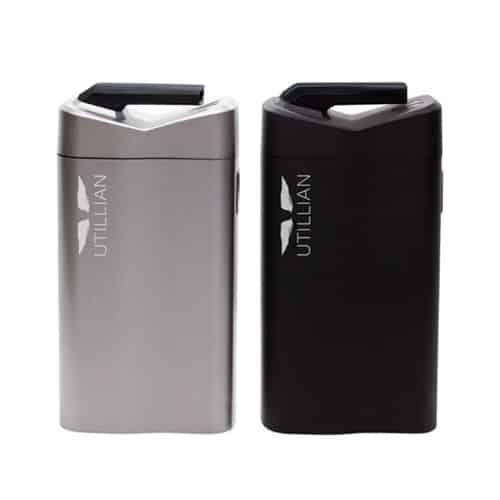 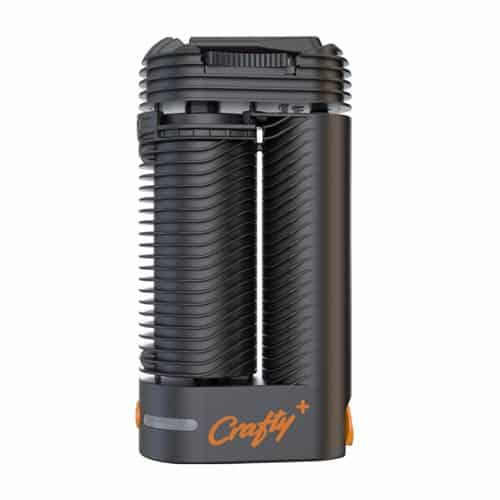 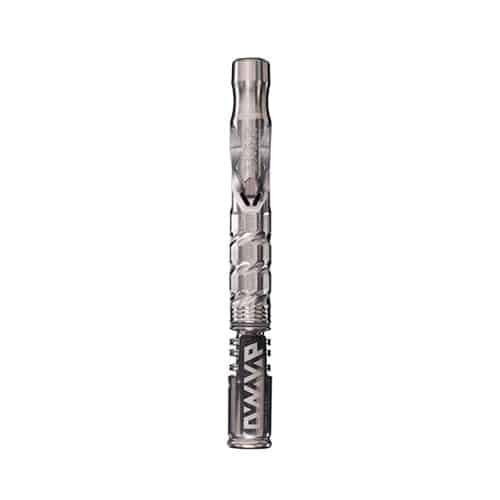 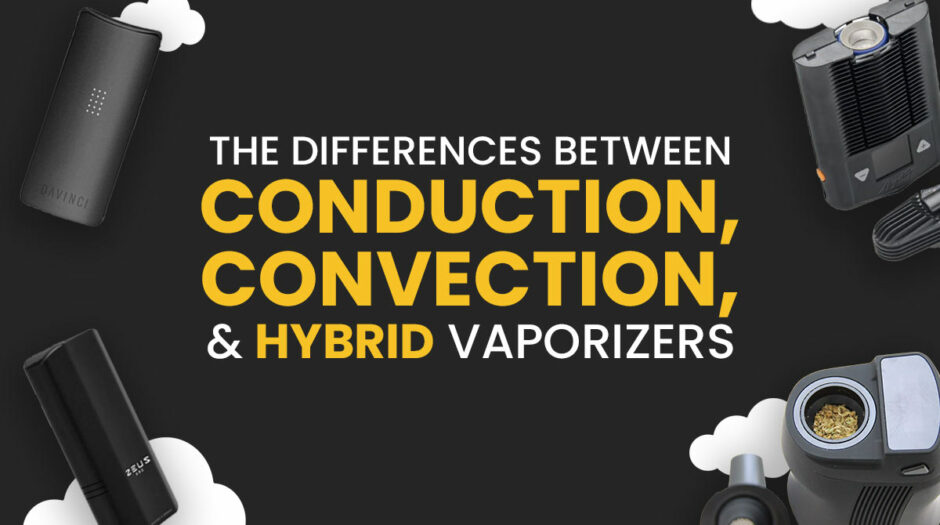 The Differences Between Conduction, Convection, and Hybrid Vaporizers Explained

So, you’ve got yourself a shiny new Dynavap or eyeing one up? Then, you’re probably wondering...

Is a Dynavap induction heater worth it?

Maybe you’ve seen the rave and crazy about induction heaters for Dynavap vapes and you ask to...

We love our Dynavap as much as you do, and figured we’d let you in on the secrets and best custom...

So, you’ve had the pleasure of having a Storz & Bickel vape end up in your life, and now...

What Is a Bubbler and How Do You Use One?

Bubblers are one of the most popular vaporizer accessories out there, but what is it exactly? A...
Scroll to top